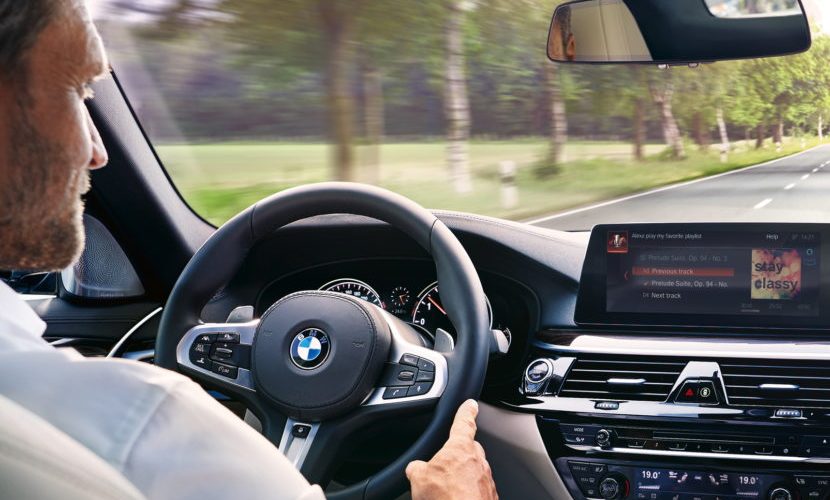 Alexa Otto can do local searches such as restaurants or theaters through phone calls or GPS-based navigation searches. It’s also possible to stream live music and audiobooks through services like Amazon Music, Audible, and I Heart Radio.

Alexa Otto is expected to be available from the second half of this year. Anchor and Garmin, as well as automakers such as BMW and Toyota, are developing type Alexa handsets that connect to cars to use Alexa Otto in older vehicles. Of course, it will take time for developers and companies to apply Alexa Otto, and it is expected that the number of vehicles equipped with Alexa Otto will increase in earnest next year. In the automotive market, ‘Alexa Inside’ is expected to accelerate. Last year, BMW has announced that it will be standard on all models of BMW and Mini since the middle of this year. This means that if you use a BMW car, you will be able to use the Alexa function immediately without having to install the application separately. If you look at the video released by BMW at the time, set the timer to Alexa, and if Alexa speaks the countdown, he starts the race. While driving, you can tell Alexa to play your favorite playlists and notify you when the music is playing and you ask for weather. He also orders pizza or opens the garage door and returns to the garage and asks Alexa what the drive was like.

With Alexa, you can show that you can use a variety of features in Alexa. Close the garage door or check weather and real-time traffic information. You can order pizza and shop at Amazon. BMW has already released a BMW Connected Skill to Alexa in 2016 to enable voice control of vehicle air conditioning and keys, but Alexa’s use is even higher when it comes standard on BMW vehicles. In Korea, Hyundai Motor has said that it is equipped with Android Auto. Google has officially announced the launch of its Android Auto service on July 12th. Android Auto connects Android smartphones to vehicles with displays to allow navigation, music listening, phone, and messaging to be controlled via Google Assist, which acts like Alexa. Hyundai Kia Motors has been introducing an auto support car since 2015. As a result, Hyundai-Kia Automobiles have supported Android Auto since 2015, which is being sold in Korea. In the case of Android Auto, more than 500 car models of 50 car brands have been supported so far.

The launch of Amazon’s Alexa Otto will also intensify competition in the automotive market. BMW announced that it will be able to enjoy the content and interact with the vehicle in voice, saying that voice will occupy a large part of future vehicles. If Amazon gets a foothold in the automotive field with BMW’s Alexa, it can be said that the launch of Alexa Otto has brought the area of ​​predators to the automobile market. Amazon comes in this market anyway.