Researchers at the Cornell University research team in January have reported that coral reefs are caused by flooding and coral reefs, but the abandoned plastic garbage is clinging to the sea, leading to the growth of pathogens and coral dying.

The team analyzed 159 coral reefs in four countries including Myanmar, Thailand, Indonesia and Australia for four years. As a result, 4% of the corals reported that the probability of getting sick is up to 89%, with the plastic sticking. It is said that the more likely a coral that has a complex shape as a fish hut, the easier it is for plastic garbage to cling to, and the probability of disease increases eight times that of ordinary coral reefs.

Of course, there are relatively few areas of coral contaminated with plastic waste, such as the Great Barrier Reef in Australia, but there are some places where plastic garbage is overflowing, such as in Indonesia. But more than half of the world’s coral reefs are in the Asia-Pacific region, with eight of the worst 10 plastic waste pollutants in the region. It is estimated that there are 11 billion plastic waste floating in the sea. Moreover, the survey results are missing Chinese data.

The exact reason why plastic garbage affects coral is unknown, but it is presumed that bacteria on the surface of coral damaged by plastic pieces invade the plastic.

A study published in February found that plastics particles, microplastics, spread to the oceans, increasing marine pollution and 73% of the deep-sea fish in the Atlantic region. So far, fish in deep-sea layers have been known to be unaffected by microplastics, but microplastics are detected in three-fourths of deep-sea fish.

Microplastics are fine plastic particles. It has accumulated in the sea due to environmental pollution for decades. The impact of microplastics on humans and animals is still under study, but there is a potential for marine organisms to have effects such as inflammation and weight loss. In the ecosystem, there is also the possibility that the carcass repetition causes contamination spread and chemical contaminants attached to microplastics and accumulate in the body of poisonous predators. It is possible that a fish carrying such a microplastic in its stomach ultimately affects a human being on a trust.

The fish that grows in the deep sea floor is the food of tuna, swordfish, dolphins, seals, and birds. At 200m depth, it lives at 1,000m. At night, it goes up to sea level and feeds and goes back to deep sea by day. This behavior is important for the Earth’s material cycle, but it can swallow microplastics at this time. 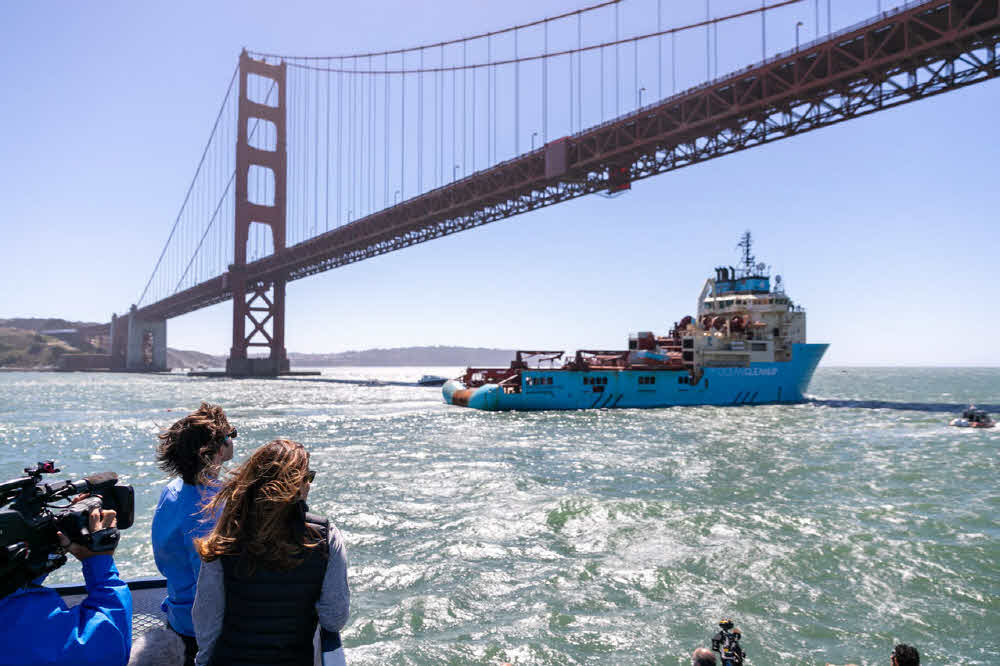 Although the microplastic problem can not be solved, the Ocean Cleanup Project was launched to recover marine plastic waste. Plastic wastes floating in the Pacific Ocean cause marine organisms, among them large marine mammals, to be misled as food and die from digestion. Already, there is a huge garbage area on the sea where large and small plastic garbage, such as PET bottles, is floating endlessly. The Ocean Clean-up Project seeks to address this marine plastic waste problem. 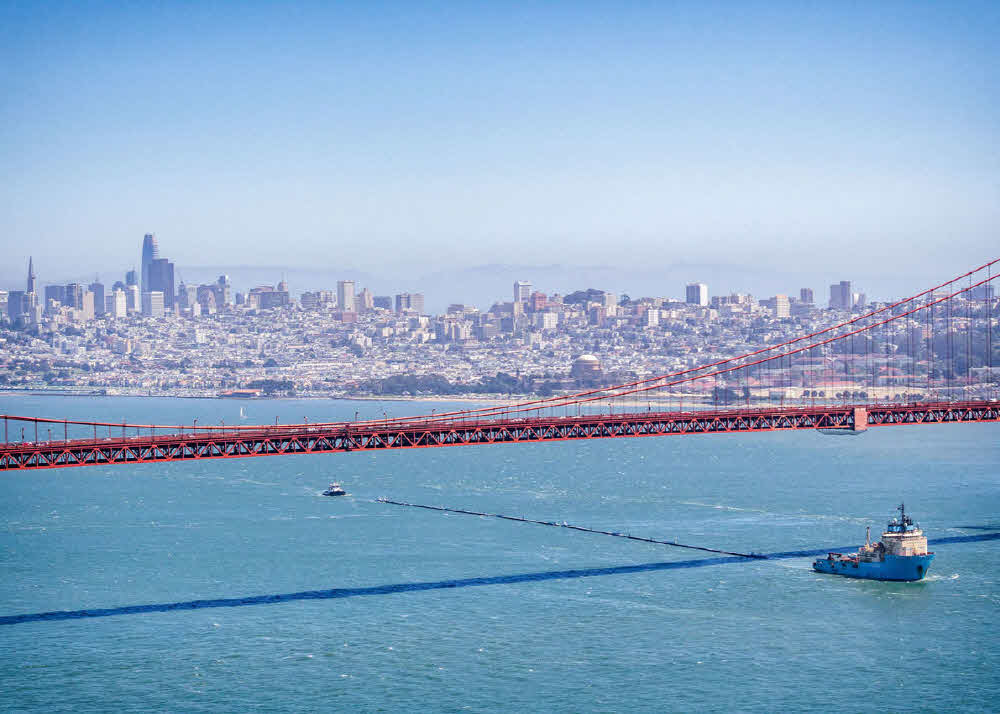 The project will develop a system called Oxx (Ocean Cleanup System 0xx) that floats on the sea and aims to recover up to 88,000 tonnes of marine plastic garbage from the Pacific giant waste zone by increasing it to 60.

For this purpose, a ship towing the Ocean Cleanup System 001, the No. 1 vessel on September 9, began towing to the coast 386 km away from San Francisco, USA. A two-week experiment will monitor the system’s ability to function properly without harming marine life, including fish and plankton.

The ocean cleanup system looks like an elongated tube with a length of 600m. However, it sits like a skirt three meters below sea level, and through this part, it catches the plastic garbage sinking to the bottom of the sea surface completely. The lower part of the skirt is open, so you do not have to worry about entering the marine life here.

This system does not just stay on the spot, but moves the ocean as waves, winds, and currents are swept away. Both sides of the structure located in the sea are first winded and the system becomes U-shaped. If you take this form, it is better to catch the trash. 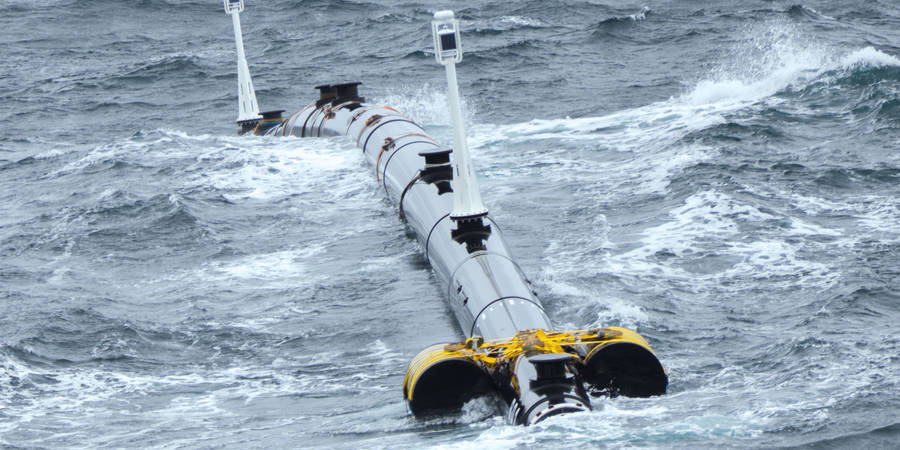 The system is equipped with a number of cameras and sensors so that the current position can be continuously monitored via satellites. The system collects a certain amount of waste so that it can be recovered and recycled through a crane vessel.

If the two-week experiment is well under way, Ocean Cleanup System 001 will move to 1,600 km away and start full-scale operation. For the next six months, we will be able to reside in the workforce for monitoring, but then we plan to operate unattended.

Ocean cleanup system is expected to recover marine plastic garbage up to 55 tons per year. Even if 55 tons per year is needed to recover the target of 88,000 tons, 9 tons of plastic waste left in the ocean each year is enough to offset. Later, the project is aiming to recycle 50% of the garbage in the Pacific giant waste zone for five years by injecting 60 systems. By 2050, the goal is to get rid of this waste zone from the Pacific Ocean.

Last year, the University of California researchers estimated the mass production of plastics at 65 years after World War II ended in 1950 and estimated 8.3 billion tons of plastic produced by humans on a weight basis. This quantity is quite a number among the materials made by mankind. When converted into an elephant, it reaches 100 million. Plastics are lightweight but durable. For this reason, it is widely used in industry. But 70% of them are used for a short period of time and then discarded.

Of course, biodegradable plastics that can be decomposed using microorganisms such as bioplastics are now being developed, but the cost is high and profitability is low. Plastic waste, which is made everyday and is difficult to recycle and dismantle, can be said to exist on the earth in terms of computation. It seems that you should think about the impact of plastics on the entire earth, not the silk. For more information, please click here .