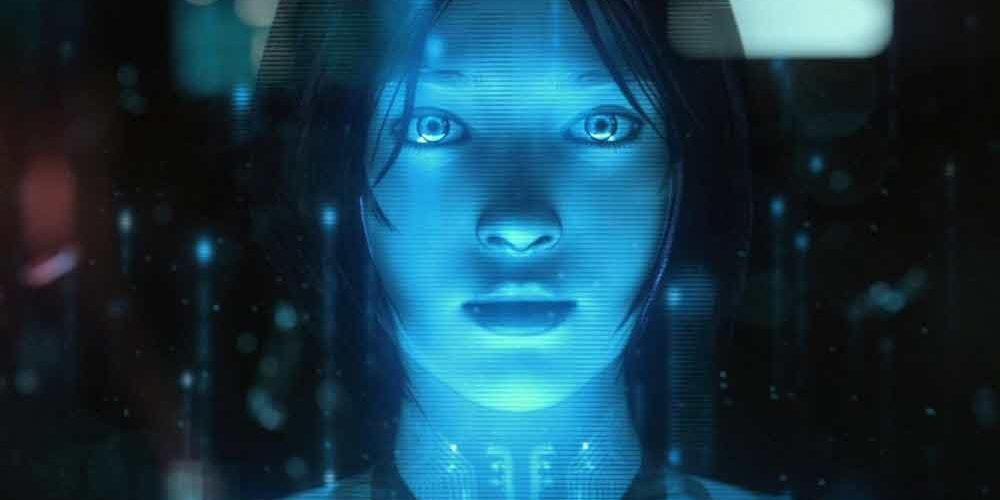 Speech Recognition Why should AI secretaries and block chains meet? Amazon’s Fire TV Cube, released in June, is a TV set-top box with built-in artificial intelligence assistant Alexa, which Amazon has introduced. Allows you to control your TV through Alexa. The main unit is equipped with eight microphones, voice commands can be recognized well. Turning the power on or off, adjusting the volume, or switching the input signal can all be ended by voice. You can also ask for a schedule for each TV channel. The remote control is replaced by voice. Of course, it is also possible to voice manipulate appliances such as lighting.

Of course, Amazon was not a set-top box, but last year it announced the Amazon Fire TV Edition, a smart TV with Alexa built in. It is a TV that supports Alexa. You can call Alexa by pressing the remote control button and then issue a voice command.

Earlier this year, there were reports that Amazon was developing a home robot. The project, called Vesta, will allow Amazon to prototype and test it later this year and then release it as early as next year. Vesta is known to be a moving Alexa. It is expected to incorporate Alexa with high-performance cameras and image recognition capabilities. That’s not all. Not long ago, it was reported that Microsoft would support its voice recognition secretary, Alexa and Google Assistant, in its game console XBOX One. Of course, the product now supports Microsoft’s AI secretary, Kotana. However, there is a complaint that it is difficult to use Kotana because of the need to connect a headset. This means that you will be able to control it via Google Home or Amazon Echo without having to talk with the headset. This allows game consoles such as the Xbox to handle a variety of tasks through voice recognition secretaries. In fact, Microsoft also called on Alexa on a Windows PC during Build 2018, its developer conference, to demonstrate scenes like manipulating smart consumer electronics, checking e-mail with Amazon echo and sending emails.

As such, voice recognition AI secretaries like Alexa are expanding all over the world, including home appliances. It shows the potential as a new killer content. Of course, as we have already seen in the Internet Trends 2018 report released in June, the cornerstone of the development of artificial intelligence services, including speech recognition, is data collection, analysis and optimization. As the smartphone became popular, the amount of data that had to be collected expanded exponentially. Data collection and analysis helped to increase customer satisfaction, and the natural result came from data analysis using cloud computing and artificial intelligence. Algorithms are further developed by analyzing vast amounts of data through machine learning. Amazon, Microsoft and Google have been in a tough contest over such an artificial intelligence platform. Of course, cloud computing, which serves as a conduit for this, is taking over 50% of global revenues through AWS.

However, there is a problem of data sharing in this development. The relationship between data and consumers is subtle. Seventy-nine percent of internet consumers are willing to share their personal information for personal benefits such as shopping. But if you do not have the benefit of sharing your personal information, 64% will try to get rid of certain services. If you do not worry about data management or feedback, it’s not easy to keep your information.

Another problem is the leakage of personal information such as privacy exposures. In May of last year, in Portland, USA, the conversation that we shared in a family using Amazon eco has happened to a person who lives in a remote place. In this home, which used to eco-use all of the air conditioning and lights out by using eco-friendly eco-system, one day, a conversation that was shared within the household was circulated to a colleague living 280km away. Amazon has taken this seriously in terms of privacy and promised to take care of the same thing. He accidentally misidentified the command, recorded the conversation, and sent it to his colleagues. However, the issue of personal information leakage through the voice recognition AI secretary may not be a light issue.

Is there an alternative for speech recognition AI secretary who has the possibility of next generation killer content and homework around personal information data?

Of course, I do not know if I will be able to answer enough yet, but France’s Startups Sneems ( https://snips.ai/ ), which announced its entry into the domestic market, will combine block chains in the artificial intelligence speech recognition field to solve this problem. do.

If you look at the data sent by Sunes, the solution is like this. The AI ​​Assistant, which integrates and manages home appliances, has been strengthened by incorporating a block chain in the same way as before. The company has developed a product called Snips AIR, a technology that dissolves this technology, and announced it plans to ship it to the domestic market by the end of 2019. As a result, the AI ​​Assistant has been able to handle the data as a centralized management system. On the other hand, sneeze air encrypts data 100% in the state of the local device. We do not send any personal information in the cloud.

The basic function of the sneeze air itself is not different from that of the AI ​​Assistant. You can control the lighting, room temperature, home automation function that can control the windows, kitchen appliances, etc., and let you know weather and schedule. Sneems says it plans to release the platform in 2020 after its product launch in 2019. The developer is going to be able to develop apps for Sneeze Air. Putting this app on the Sneez app store will allow you to trade through tokens by applying block chains.

In the end, this system is the key to implementing a voice recognition ecosystem through a block chain to protect personal information and to benefit from it.

So far, AI secretaries have been developing in a way that sends user information to the cloud and improves the machine learning function, resulting in the leakage of personal information and infringement problems. In addition, as we introduced above, we will provide consumers with the benefit of providing information so that we can make sure that we can secure data continuously. The purpose of this study is to implement the decentralization method to distribute the speech recognition information distribution ecosystem.

The company has invested 22 million euros (28.8 billion won) from investment institutions such as Corelia Capital and BPI France. The product itself is a strategy to commercialize white label products. Sneads itself will only provide artificial intelligence speech recognition technology and will let the device manufacturer make it. Apart from the success of the Sneeze, at least in the voice-recognition AI secretary market, which requires continuous growth, I think there is a lot of value as a realistic alternative to data.